skip to main | skip to sidebar

A sweet breakfast for her who dislikes coffe.


The dark blue winter sky was filled with small stars.

As I sat looking at them, I drew the various sweets I found hidden in them, on some scrap paper.

She said without hesitation in front of a simple breakfast serving, of salad, scrambled eggs and croissant.

I quickly inhaled the aroma of the coffee just recently made, smiled back lightly, put it away and remade two cups of herb tea.

Since that day, I have been thinking about how she could come to like coffee (and how we could drink coffee together)

While the world was still full of a sleeper's breath, I set dough to the side and started dissolving chocolate in hot water.

Then kneaded butter and added a mountain of sugar, after which I poured egg yolk, chocolate and meringue into the mix.

Following this, I took the dough, stretched it out flat, folded it, and rolled it like the tail of a dog.

Looking up at the sky, I saw the star’s didn’t shine as bright as before, The Deep Blue that had once been blanketing the world, had began to change into a mysterious blue, mixed with orange from the light.

The night that was left in the room and the smell of burning chocolate cake, mixed to the music of Sigur Ros, slowly turned into the morning light.

However, the moon and Venus were still shining while I waited for the sweets to bake.

“A sweet breakfast for her who dislikes coffee”

As I muttered it, I looked up, to find her sitting at the table.

She gave a small yawn and said “This is a nice rectangle” as she
took the opera and left beautiful teeth marks.

She then destroyed the brilliant round macaroons, greeted the world to the biting sound of a chocolate bar, and lastly, steered to her mouth, a croissant, shaped like the crescent moon in the previous night’s sky.

Tono went to his plate unsteadily, shaking his tail, and began to eat cookies shaped like Madeleine.

I began to grind the coffee beans while watching the two of them.

The aroma of freshly ground coffee beans cut through the air, to create a sweet scent in the room, which perfectly accompanied the refined crunchy sound.

I gently placed the ground coffee on top of the filter, and carefully poured the hot water.

The initial stress that the smell of the freshly made coffee, caused her, gradually softened, as the scent mellowed into the morning air.

As the last drop fell, I looked toward her, she had been staring at me brewing the coffee and smiled at me.

Nothing remained but a big white plate on the table

I poured coffee into a cup in front of her.

She inhaled the scent of the coffee, and put the cup to her lips.

As the coffee touched her lips, she frowned, perhaps due to its bitterness.

I watched her silently.

She smiled again, and drank the coffee once more.
.
As she drank, I shared my brewing strategy.

Our tender mornings had just began. 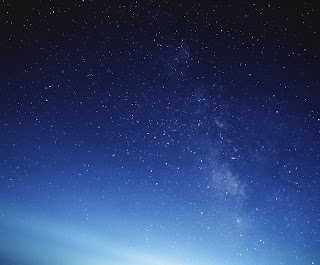